About the FLOOD-serv project and joint with the IONONRISCHIO Italian National Campaign, a technical workshop was held in Genoa aimed at local stakeholders. This was developed in different phases:

1.Presentation of the project activities and objectives: 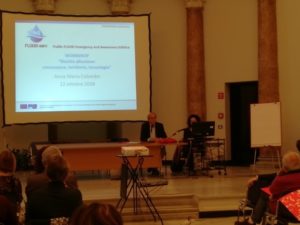 FLOOD-serv promotes a network of active and informed citizens about flood risks and provides tools to citizens to encourage their participation in the management of hydro-geological problems, exploiting ICT networks. The project uses new technologies and implements an application for the management and prevention of flood risk, collecting data and information from citizens relating to critical situations in the areas.

To implement the project activities, the Municipality of Genoa worked in synergy with local actors including stakeholders, citizens and schools, in order to create a “chain” effect also on families.

The APP realized within the project foresees the possibility of realizing geo-referenced reports that could be included within the “Geoportal” of the Municipality of Genoa, a geographical database available to all.

The greatest difficulty encountered during the implementation of the App was to identify the right words, simplifying the technical language in order to make specific and complex concepts understandable to a wide audience. 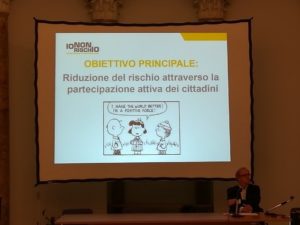 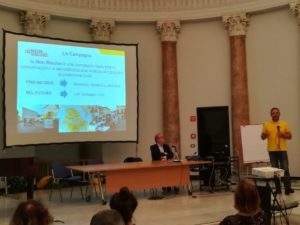 IONONRISCHIO is a campaign of communication and awareness of “good practices” carried out by the Civil Protection through public meetings in the Italian squares where citizens can deal directly with the volunteers of the Service.

In the city of Genoa, the awareness campaign focuses on flood risk. The Flood-serv workshop was organized in concomitance with the IONON RISCHIO National Campaign scheduled for 13 and 14 October 2018. At a national level, the campaign deals with earthquakes, tidal waves and floods, but the future goal is to extend it to all types of risk.

The main objective is the reduction of risk through the active participation of the citizen, so that he can develop the awareness to face the risks. For this the protagonists must be active citizens and social networks.

3.Presentation of the pre-test and the project tools: MUGUGN_APP and FLOOD-serv_APP 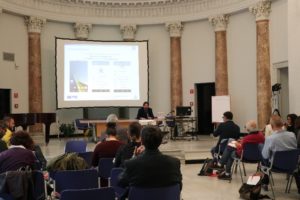 The MUGUGN_APP has been re-adapted by an Open Source App and has been used to obtain reports regarding situations of land degradation related to hydrogeological risk. During the pre-test we worked on two roads: a free signal and a guided signal, more suitable for a technical staff.

During the presentation of the FLOOD-serv APP, the goal of the Genoa Pilot to collect information on the territory in peace time was confirmed, with a goal to prevention.

The steps for using the App and its functions have been shown, including: the ability to georefer, add images, send messages, add details to the messages. The transmitted data will flow into a back-office platform managed by the competent authorities who have to manage them and give a feed-back to the user.

4.The test of the FLOOD-serv APP outdoor and feedback 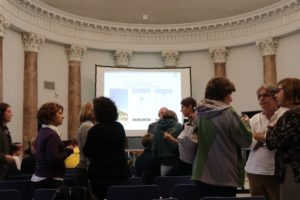 The participants downloaded and installed the FLOOD-serv APP on their smartphone and tried to send an alert based on the instructions received. 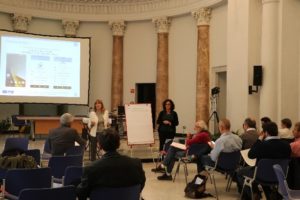 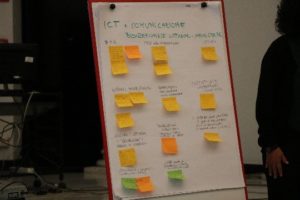 A moment of confrontation between the participants and the speakers on different themes was realized: